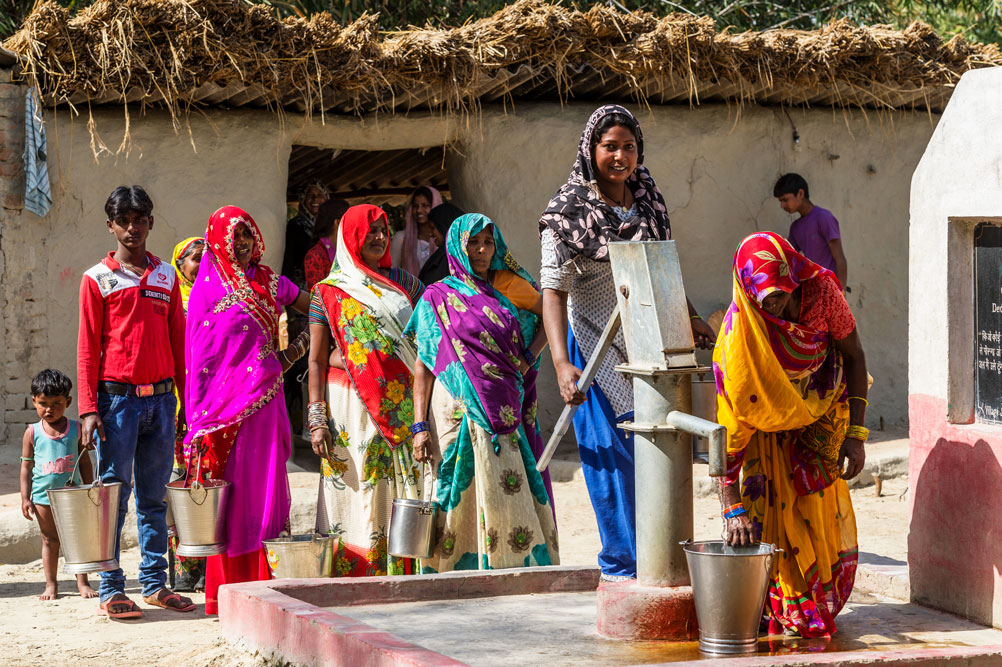 “The water crisis the world is facing isn’t going to get any better,” said Dr. KP Yohannan, Gospel for Asia (GFA) founder. “We need to start thinking seriously about these things now to prepare ourselves and future generations for the challenges we will face in the days to come, so we can be better equipped to handle them.”

The growing water crisis will have the most devastating impact on the nearly 2 billion people who live in desert regions, who currently share only 2 percent of the planet’s usable water, according to the report released today by GFA (Gospel for Asia).

The report projects the crisis will deepen as the world’s population spikes and demand for drinkable water skyrockets by an estimated 30 percent in the next 30 years – putting massive pressure on the planet’s available clean water sources.

Nearly 2 billion people – one in every four people on the planet – live in arid or semi-arid areas where water is scarce, and 2.1 billion people live without safe drinking water.

Deadly dehydration and waterborne diseases – such as diarrhea, typhoid and hepatitis A – are rampant, ravaging communities and hitting young children especially hard. Chronic diarrhea, which has a high correlation with drinking contaminated water, kills 1.5 million children every year, mostly in Africa and South Asia.

Less than one percent of the planet’s most vital resource is found in rivers and streams – with undrinkable ocean salt water comprising more than 96 percent.

One of the world’s leading nonprofit providers of clean drinking water, Gospel for Asia (GFA) has drilled more than 4,000 wells – called “Jesus Wells” – in water-starved areas of South Asia in 2017 alone. The wells provide safe drinking water for entire villages and are maintained by the local community. Also in 2017, the Texas-based charity supplied more than 11,000 BioSand water filters, a simple device that removes toxins and viruses from water so it’s safe to drink.

Gospel for Asia (GFA) has transformed the outlook for hundreds of thousands of the world’s most vulnerable people, including the poorest villagers in Asia’s arid regions. Until recently, the only water source for Nirdhar, a villager living in Asia, and his neighbors was a stagnant pool. When a team arrived to drill a well, villagers didn’t believe it was possible in the rocky terrain. When the team struck water, the villagers were jubilant. The well will provide clean water for the entire village for decades.

The report urges governments and other leading aid agencies to focus efforts on drilling wells to tap groundwater deep below the surface and train local people to maintain the pumps.

Gospel for Asia (GFA) concludes that several key interventions can be taken to prevent the water crisis from getting worse: supply BioSand water filters, drill deep wells and train locals to maintain them, treat sewage water for agricultural use, implement national-level policy changes, and pursue desalination of ocean water.

For the full report, go to www.gfa.org/special-report/dying-of-thirst-global-water-crisis.

Celebrating its 40th anniversary in 2019, GFA (Gospel for Asia) is a leading faith-based humanitarian and mission agency, bringing vital assistance and spiritual hope to millions across Asia, especially to those who have yet to hear the “Good News” of Jesus Christ. This has included more than 70,000 sponsored children, free medical camps conducted in more than 1,200 villages and remote communities, over 4,000 wells drilled, over 11,000 water filters installed, income-generating Christmas gifts for more than 200,000 needy families, and spiritual teaching available in 110 languages in 14 nations through radio ministry.