Yohannan Calls for People to 'Pray, Engage and Act' to End the 'Staggeringly Evil' Exploitation of Millions of Children Around the World

Yohannan Calls for People to ‘Pray, Engage and Act’ to End the ‘Staggeringly Evil’ Exploitation of Millions of Children Around the WorldWILLS POINT, TX — A mind-boggling 218 million children around the world are involved in child labor, with millions trafficked in forced labor and the sex trade, according to a new report released today by Christian organization Gospel for Asia (GFA) that urges people to “pray, engage and act.” 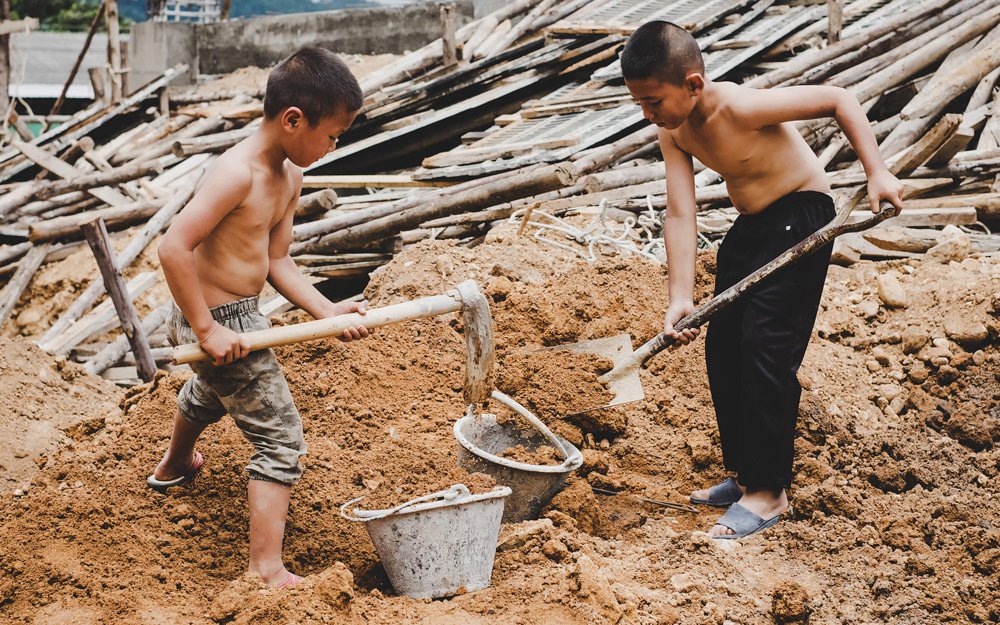 Bangladesh is top of the list of countries where child labor is most prevalent, followed by Chad, Democratic Republic of the Congo, Ethiopia and India, according to the report titled Child Labor: Not Gone, But Forgotten, available at www.gfa.org/press/report-child-labor.

“The exploitation and abuse those children face in many parts of the world right now is staggeringly evil and beyond shocking,” said Gospel for Asia (GFA) founder Dr. K.P. Yohannan. “As their struggle becomes more visible via social media and other media channels, we in the West can’t pretend we can’t see what’s happening. God sees each child caught in child labor, slavery and sex trafficking, and he calls every one of us to pray, engage and act on their behalf.”

Among the world’s 218 million working children — a number that represents two-thirds of the population of the United States — are millions who work to help feed their families. They start working as young as age five, sifting through trash for recyclable items, or working as domestic servants for a few cents a day.

“Most of these children don’t get enough to eat, and the physical labor they’re forced to do can cripple their bodies,” KP Yohannan said.

GFA-supported workers have worked with the local authorities to help reunite hundreds of abandoned, lost and runaway children with their families.

In addition, GFA’s Bridge of Hope program provides schooling, meals, clothes, and medical care for 70,000 children in Asia, empowering them to stay out of the child labor trap.

After his father died, nine-year-old Nadish ran away from home. He met an elderly man who took him to his village — but there Nadish was locked in a hovel, forced to clean up animal waste day after day, and fed scraps. Two years went by until one day his captor forgot to lock the door, and Nadish escaped. Welcomed home by his family, Nadish enrolled in Bridge of Hope, giving him the opportunity to heal emotionally and begin dreaming of a brighter future.

The forced labor and enslavement of children like Nadish is rampant across Asia.

An investigation by the International Justice Mission into one brick-making factory in South Asia revealed dozens of children were forced to work 16-hour days, seven days a week.

“The children were beaten with a pipe and verbally abused if they were caught playing when they were supposed to be working,” Yohannan said. “God is calling the church around the world to intercede and act on behalf of these children, to execute justice for the oppressed and the fatherless.”

PHOTO CUTLINE: THE EXPLOITED GENERATION: An estimated 218 million children worldwide as young as five years old are engaged in labor activities, including forced labor, prostitution and pornography, according to a new report released today by Christian agency Gospel for Asia (GFA), urging people to “pray, engage and act.”

Celebrating its 40th anniversary in 2019, Gospel for Asia (GFA) is a leading faith-based mission agency, bringing vital assistance and spiritual hope to millions across Asia, especially to those who have yet to hear the “good news” of Jesus Christ. This has included more than 70,000 sponsored children, free medical camps conducted in more than 1,200 villages and remote communities, over 4,000 wells drilled, over 11,000 water filters installed, income-generating Christmas gifts for more than 200,000 needy families, and spiritual teaching available in 110 languages in 14 nations through radio ministry. For all the latest news, visit our Press Room at https://gfanews.org/news.