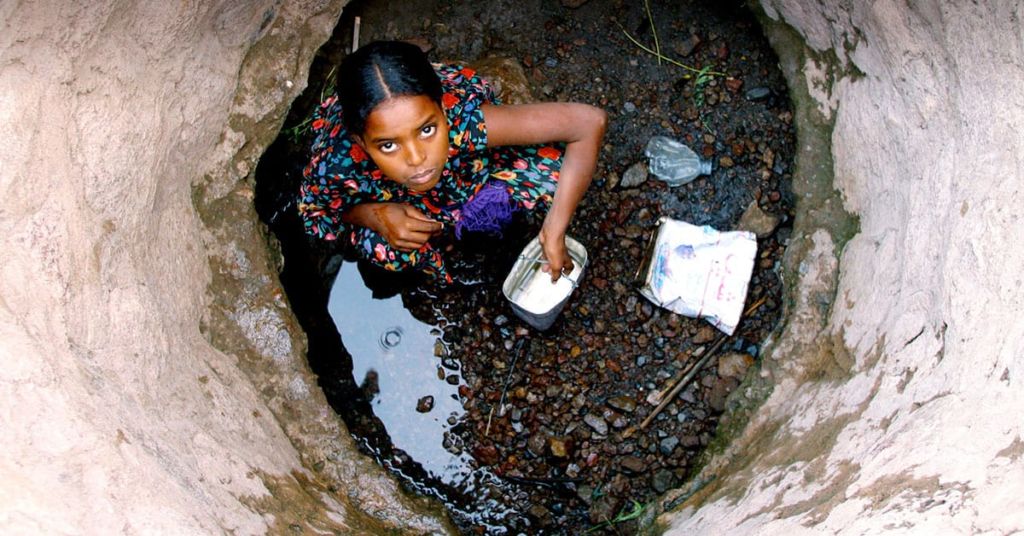 As many as 600 million people – almost half of India’s 1.3 billion population – face acute water shortage, and experts warn some cities could run out of water entirely by 2020. For GFA’s special report on the water crisis, visit www.gfa.org/press/water-crisis

India is prone to cycles of devastating drought and severe flooding. Due to weather patterns in different parts of the country, some areas suffer drought while other regions experience floods at the same time. This month, torrential monsoon rains lashed part of northeast India and Nepal with flash floods claiming more than 200 lives and affecting 10 million people.

The megacity of Chennai in Southeast India had virtually run out of water until rain on July 15 raised hopes of relief for the city’s nine million residents, who have been largely dependent on water shipped in via trucks and trains.

“Every day that the rains delay, the crisis deepens,” said Gospel for Asia (GFA) founder Dr. K.P. Yohannan. “We’ve reached a desperation point, and the people of Chennai are crying out for rain. I am asking our friends around the world to please pray and intercede on behalf of those in Chennai.” Gospel for Asia (GFA) workers in Texas have been praying together to ask God to send more rain.

Despite the recent rain, with the monsoon failing to come on time, the city’s four main reservoirs have completely dried up and wells have also run dry in the country’s sixth largest city. Desperate residents are lining up for hours in the heat, hoping to fill their plastic buckets with water shipped in by a fleet of government-run trucks. The few who can afford to buy water from private sellers have seen the price more than double since May.

“The coconut trees are withered. The cattle have no grass. The wells are dried up,” said a GFA-supported pastor in Chennai — the biggest city in the state of Tamil Nadu.

“Pastors and those in their communities are struggling every day to get enough water for their basic needs,” Yohannan said. “The water trucks come only once every two days – and this puts enormous pressure on families desperate for drinking water.”

“Currently, we’re finding difficulty getting water even for drinking,” one pastor said.

The water shortages are sparking tensions in the manufacturing hub of Chennai as competition for limited water becomes fierce. “I remember my mother telling me that the next war will be over water, but I never thought I’d have to fight others to take a shower,” resident Richard Lynrah told local media.

The crisis has shut down many hotels and heightened fears that critical services such as hospitals could suffer.

The devastating drought started last year when monsoon rains failed to come, and has intensified as the post-summer monsoon season, beginning in June, has also come up dry so far. Chennai gets 85 percent of its rainfall during its two rainy seasons from June to September and then from October to December.

Celebrating its 40th anniversary this month, Gospel for Asia (GFA) is well known for its unique “Jesus Wells” program that helps drill thousands of wells in South Asia, providing a reliable source of clean water for entire communities and millions of people. The Texas-based ministry has also helped to distribute tens of thousands of household BioSand water filters in communities across South Asia.

“GFA stands with the people of Chennai at this critical hour and we will do all we can to come alongside families and show them God’s love in practical ways,” Yohannan said.

PHOTO CUTLINE: Faith-based agency Gospel for Asia (GFA) today called for Christians to pray as South India remains in the grip of a critical water shortage that threatens hundreds of millions of lives.

Celebrating its 40th anniversary in 2019, Gospel for Asia (GFA) is a leading Christian mission agency, bringing vital assistance and spiritual hope to millions across Asia, especially to those who have yet to hear the “good news” of Jesus Christ. This has included more than 70,000 sponsored children, free medical camps conducted in more than 1,200 villages and remote communities, over 4,000 wells drilled, over 11,000 water filters installed, income-generating Christmas gifts for more than 200,000 needy families, and spiritual teaching available in 110 languages in 14 nations through radio ministry. For all the latest news, visit our Press Room at https://gfanews.org/news.