K.P. Yohannan Discusses GFA Lawsuit Settlement With Francis Chan: ‘I Was in Depression’ 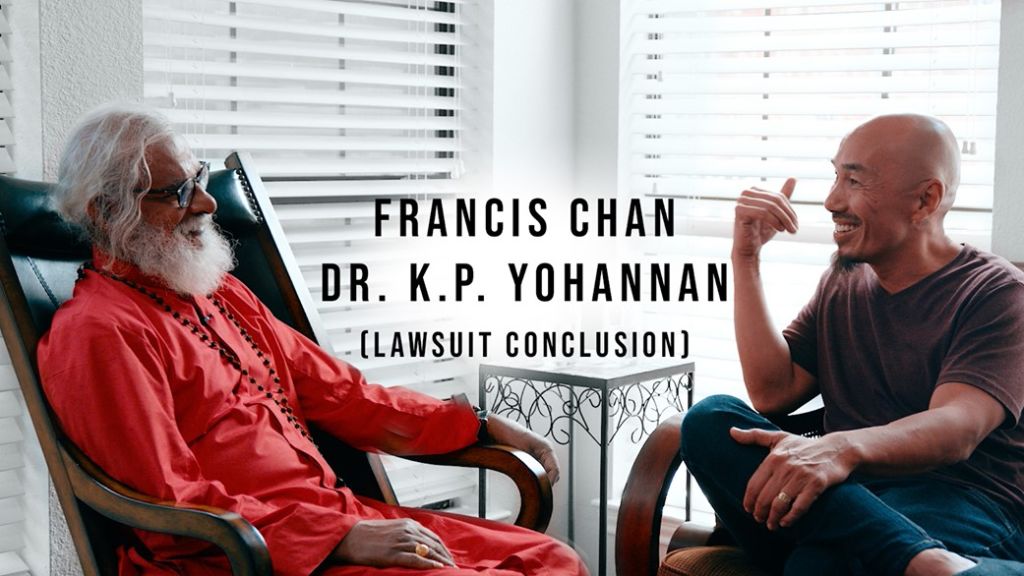 Gospel for Asia recently released a video of pastor and author Francis Chan interviewing Gospel for Asia (GFA) founder K.P. Yohannan about accusations that the ministry committed financial fraud. After three years of legal battle that threatened the evangelistic ministry’s survival, GFA concluded the battle with a lawsuit settlement of $37 million refund to donors.

“With the whole lawsuit and everything else, when I first heard about it, it was concerning, surprising,” Chan says. “And I know a lot of people walked away and wanted to distance themselves from you. And if I’m perfectly honest, that temptation was there for me.”

The two lawsuits against GFA claimed the organization only sent 13% of donations to the mission field instead of 100% as they promised.

In a statement, Yohannan says his ministry underwent an independent audit each year. But in 2015, the Evangelical Council for Financial Accountability, of which GFA was a charter member at that time, sent the ministry a letter saying it needed to better conform its accounting practices to the council’s requirements.

GFA hired a new auditing firm, Yohannan says, but not before the council’s letter was leaked on social media, causing harm to the ministry’s reputation.

“Around the same time, a former staff member sent negative letters to many of our donors,” Yohannan writes. The lawsuit filed against GFA quickly turned into a class action suit that called on all GFA’s supporters as plaintiffs.

The lawsuit settlement concluded that both plaintiffs and defendants “mutually stipulate that all donations designated for use in the field were ultimately sent to the field,” according to GFA’s statement.

“Throughout GFA’s 40 years of existence, our hearts and passion have been to bring Christ’s love to a broken and hurting world,” Yohannan says. “We did not look for personal gain. Above all, we have sought to honor the Lord in our personal lives, in the ways we serve and by maintaining our integrity.”

SEE THE ARTICLE ON CHARISMANEWS.COM