GFA World Summons Next Generation to ‘Fight Back’ Against ‘Chaotic’ Culture 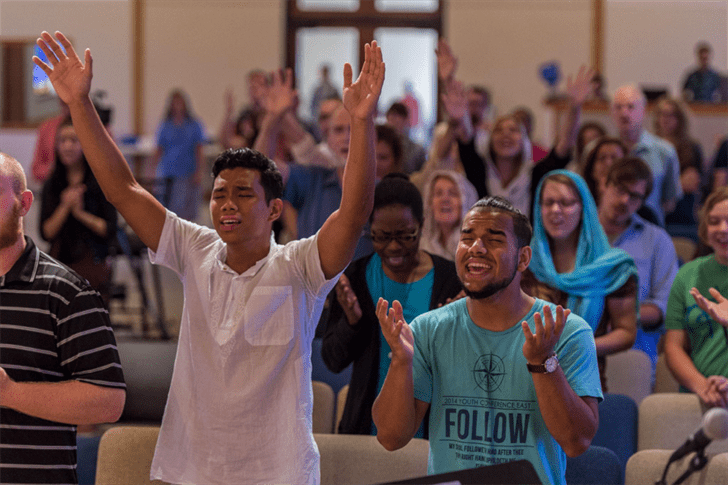 WILLS POINT, TX — One of the largest mission organizations in the world is challenging the next generation of young Christians to “fight back against the cultural attack on your faith” — as recent research shows an alarming drop in the number of under-30s embracing Christianity. From October 8-10, Gospel for Asia (GFA World)is hosting the Kyrie Experience, a retreat at its Wills Point, Texas, campus — 50 miles east of Dallas — that aims to help young people “reset” their lives in a “chaotic culture” and discover their God-given purpose in the world. A radical call to step away from the busyness of life and seek God, the event draws its name from the millennia-old prayer, “Kyrie Eleison” – Lord have mercy.

“Staggering numbers of young Americans who’ve grown up in a Christian environment are leaving the faith and turning their backs on the church,” said Gospel for Asia (GFA World) founder, K.P. Yohannan, author of Revolution in World Missions with more than four million copies in print.

“They’re under the constant bombardment of distractions that keep them from God’s presence and His will for their lives.”

According to a Gallup poll published earlier this year, for the first time less than 50% of Americans view religion as important to them, and only 36% of Millennials — those born between 1981 and 1996 — belong to a church.

As young Americans abandon their faith in alarming numbers, Gospel for Asia (GFA World) is hosting the Kyrie Experience in October, a weekend retreat at its Wills Point, Texas, campus — 50 miles east of Dallas — that aims to help young people “reset” their lives and discover their God-given purpose in the world. Go to www.gfa.org/press/FaithReset.

Freedom, Justice and Restoration – Rewriting the Tragedies of Girlhood | Part 3

Freedom, Justice and Restoration - Rewriting the Tragedies of Girlhood | Part 3

The Despair of a Single Mother