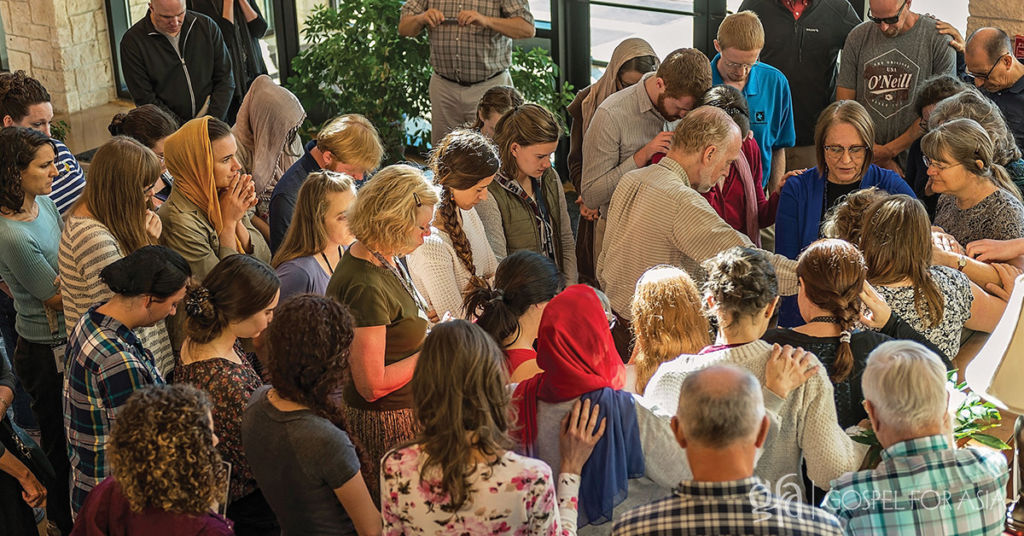 Kevin had been working in the Missions Department at Gospel for Asia for a few months scanning photos of national missionaries and touching them up to remove scratches. Photo after photo. Sitting. Always sitting at his desk. After working as a traveling natural gas service technician for 12 years—and before that as a gunner’s mate missileman in the U.S. Navy—sitting was not something his body was used to.

“I didn’t know anything about ergonomics. … I was so sore. My neck was sore. My wrists were sore. Everything was sore. And I was just sitting there,” Kevin recalls.

He and his wife, Diane, were new on staff. They’d heard about GFA nearly 10 years earlier when Dr. K.P. Yohannan spoke at their church to share about the amazing things the Lord was doing in Asia and the great need for people to support the national workers there.

Kevin and Diane joined GFA believing God had led their family to become part of GFA’s Mission Support Team (MST) as behind-the-scenes missionaries who would use their gifts and abilities to serve the missionaries in Asia. Now, Kevin had reached a small breaking point.

As he sat at his desk, lamenting, something happened…