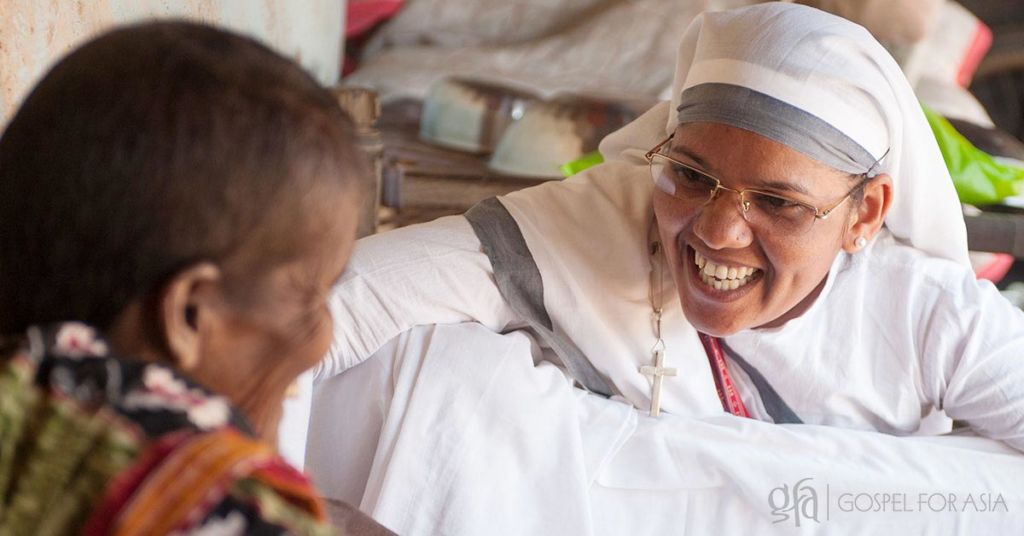 People living in a leprosy colony find the friendship and love that was torn away from them after contracting the skin disease.

Rushil, 55, sat at the marketplace, hoping his begging would earn enough to take care of his and his wife’s needs. He’d stretch out his arms to passersby, showing them his hands and fingers that had been eaten away by leprosy. All that remained were the parts nearest to his palms.

People hurried past him. Some, out of pity and maybe a sense of religious duty, put a few coins in his hands.

Then Rushil heard his name. Four women clothed in white saris walked toward him, their faces beaming to see him. One, named Prashanthi, led the way.

Two years after she spoke that prayer, she was training to don the uniform of a humble servant who would live among widows and orphans, slum dwellers and leprosy patients. Her feet would tread the dusty roads of a leprosy colony. Her hands would feed those who had no fingers or hands. Her mouth would speak Christ’s love, grace and hope to hurting souls starving for human kindness.