Villagers Enjoy an Evening of Films 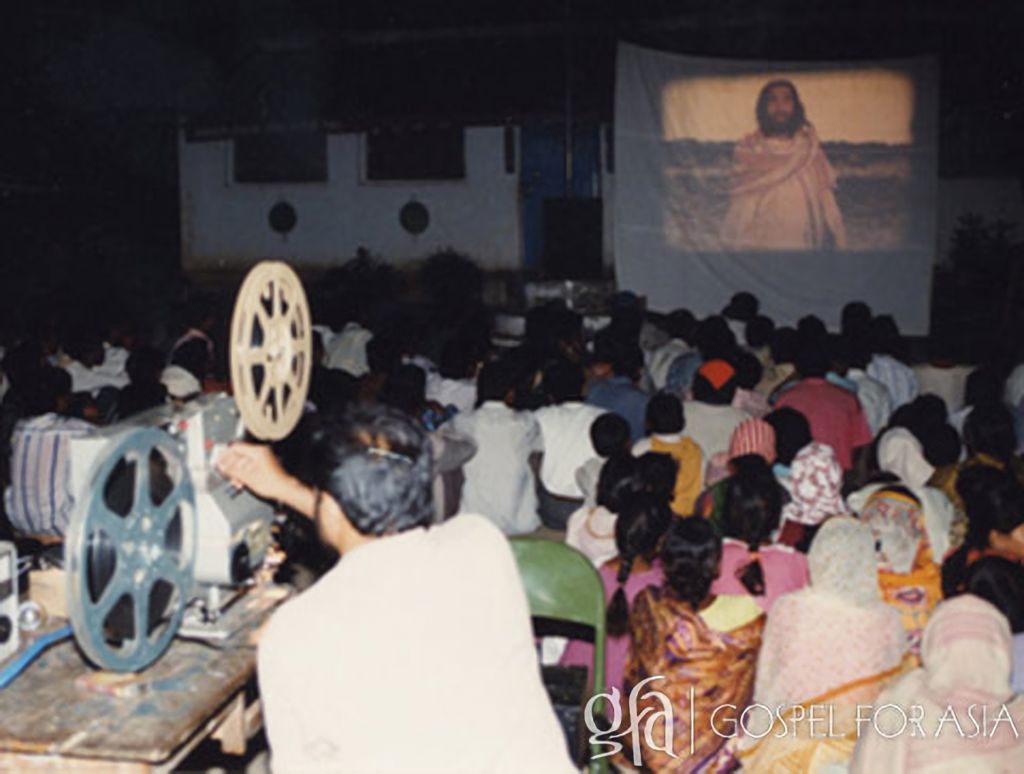 During a hot summer night, neighbors gathered as if at a drive-in movie, minus the cars. The audience sat captivated for the next 4 hours and 40 minutes. Some of the villagers would learn lessons of historical importance—and some of their lives would never be the same. Villagers Welcomed Earlier, GFA-supported worker Deepak hadlugged his equipment to this neighboring villagein preparation for the film screening. Once the equipment was set up, Deepak waited, wondering how many people would come. Before the night’s end, the hopeful man was pleasantly surprised to see 260 faces in the crowd. Deepak shared two films with the villagers: “Transformation” and “New Path.” The films offered visual depictions of who Jesus is and of His life on earth.

The villagers responded warmly when the films concluded late that night. They told Deepak how they enjoyed watching them and invited him to come back. They commented, “Today we learned some lessons that we never learned before in our life.” Despite many of them practicing other religions, they recognized that “following Jesus is the path of righteousness.”

The films deeply touched one man, Chaman. At the conclusion of the movie night, he decided he wanted to know for himself the Jesus presented in the films.

Chaman admitted that before watching the films, he had made poor decisions and led a destructive lifestyle. But after learning about Jesus that night, Chaman’s life changed forever.

Literacy: One of the Great Miracle Cures