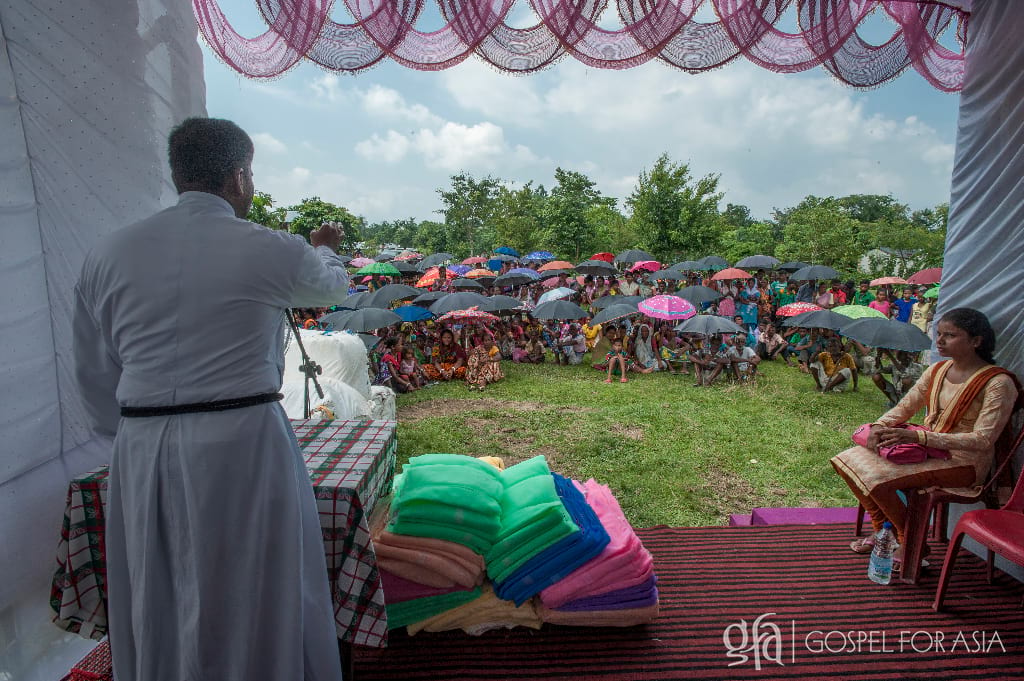 What began as a small indulgence slowly enveloped Baharupa’s life. The 55-year-old farmer and father of three felt pressured to drink the alcohol given to him at the many village-wide celebrations. But again and again, he ended up drunk. Even with his acquired addiction, Baharupa made sure to take care of his wife and sons, but there were some things he couldn’t provide them with. A Village’s Struggle In Baharupa’s village, Gospel for Asia (GFA) pastor Satyam oversees a congregation of 72 believers. The pastor and believers had been seeking ways to bless their community. They saw the poverty that clung to Baharupa and many of their fellow villagers despite countless hours of hard work and labor. The believers also saw how vulnerable villagers were to diseases because they possessed no way to protect themselves. And they wanted to help. God’s Love Exemplified Of the many burdens weighing on impoverished families in Asia, health concerns rank high on the list. Gospel for Asia (GFA) initiatives include health awareness programs that help individuals learn how to shield themselves against sicknesses. Gospel for Asia (GFA) workers also distribute practical gifts, where being given a mosquito net helps people put what they learn at awareness programs into practice.