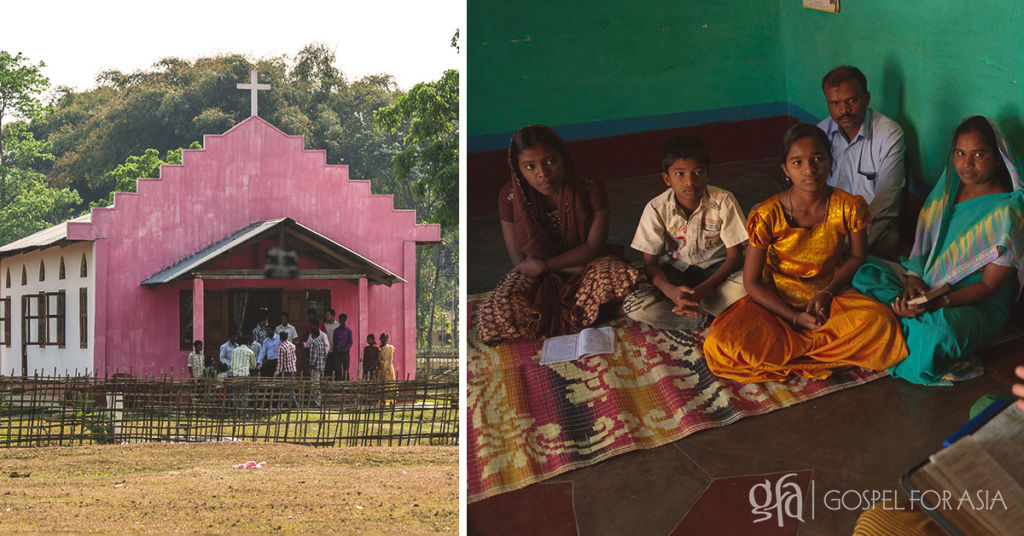 WILLS POINT, TX – Gospel for Asia (GFA World) founded by K.P. Yohannan – Discussing Gospel for Asia-supported missionaries, the courage the Lord to continue to uphold daily fellowship despite being forced to build their church five times, and the God who provides for our every need.

Gospel for Asia-supported women missionaries Champa and Bakul had been accused of a man’s death, chased out of the village and warned to never come back. For all that, a small group of believers continued to grow, and now, a temporary structure, built by the growing flock’s own hands, stood as proof. The situation made some people angry enough to break bones and destroy the whole building.

The village’s fellowship started in 2001 with one paralyzed man named Tariq. When Champa and Bakul first visited his house, Tariq could feel nothing in his legs. But after the two women prayed for healing, his cold legs became hot, and he was able to shake them.

The missionaries began to visit every week, sharing God’s love with Tariq and his family, praying for his full healing and teaching from the Bible. As they understood more about the love of Jesus Christ, the five members of the family, along with three of their neighbors, put their trust in Him. Shortly after, Tariq died.

The untimely death caused an uproar in the village. As the newest people in Tariq’s life, Champa, Bakul and their God were denounced as the tragedy’s cause…