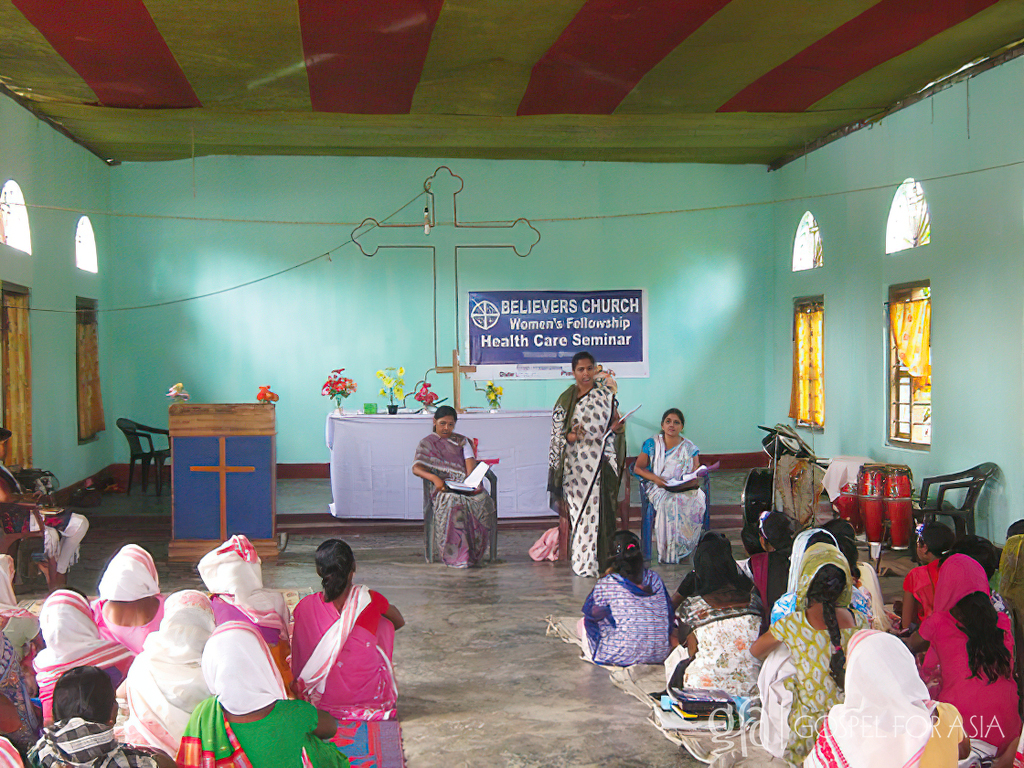 WILLS POINT, TX – Gospel for Asia (GFA World and affiliates like Gospel for Asia Canada) founded by Dr. K.P. Yohannan – Discussing Ekanga and his wife, Pallivini, the challenges they face with her sickness, and God’s work through national missionaries and Gospel for Asia Medical Camp.

Ekanga was worried about his wife. Though Pallavini took local remedies for healing, nothing helped. Many of the so-called treatments only made her worse. For more than a year, her bleeding continued, leaving her weaker and weaker as the months drew on. Ekanga feared Pallivini would die.

To make matters worse, the family lived in a notoriously dangerous village—one populated by robbers, thieves and bloodthirsty men. Every month, villagers would hear a report of someone being killed and robbed by the people of Ekanga’s village.

Ekanga had good cause to be worried.

When They Met the Pastor

A few months before Ekanga’s wife became sick, he met Gospel for Asia (GFA) pastor Jacob. Although Ekanga called himself a Christian, he and his wife hadn’t been living like it. As Pastor Jacob and Ekanga talked, Ekanga told him plainly he wanted to start going to church…

Learn more about the need for Medical Ministry. GFA’s medical ministry is helping thousands who are in need of medical care and attention, all while displaying the love of Christ.

Learn more about the national missionaries who carry a burning desire for people to know the love of God. Through their prayers, dedication and sacrificial love, thousands of men and women have found new life in Christ.

‘Compassionate Prayer’ Needed After Mine Mudslide Disaster In Myanmar

‘Compassionate Prayer’ Needed After Mine Mudslide Disaster In Myanmar

Hope in a Bucket of Water: Gospel for Asia Pastor Brings Jesus Well to His Village