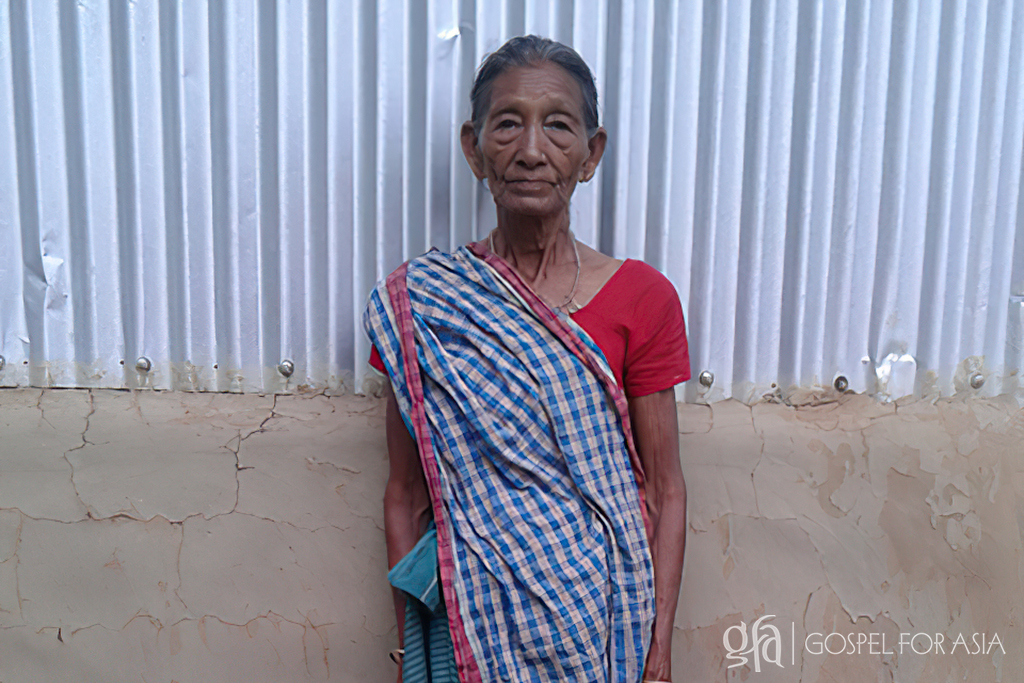 Her son was murdered. Her daughter-in-law and husband both succumbed to illnesses. Ruhae was the last living relative for her grandchildren but at 77-years-old, she knew she wouldn’t live much longer. Who would take care of her young grandchildren, only 12 and 8 years old, when she passed? Hardened by the World That question kept Ruhae up at night as she agonized over the fate of her precious grandchildren. Even at 77 years old, she worked in the fields to scrape together enough money to feed her grandchildren. It was hard, menial labor, but Ruhae did it. How else would she provide for them? The grief and hardships the aging widow had faced over the years hardened Ruhae’s heart. There is no place and no one who can give me peace, she thought.

Reigniting a Spark of Hope

Gospel for Asia (GFA) pastor Shirom led a small fellowship of believers in Ruhae’s village. The temporary building his congregation met in was close to Ruhae’s home. Occasionally, the pastor and a few believers visited Ruhae, offering prayer and encouragement…

Learn more about how you can help alleviate the many struggles’ widows face through the Gospel for Asia supported Widows Ministry, providing them with basic essentials, sources of income and opportunities to find peace in Christ.