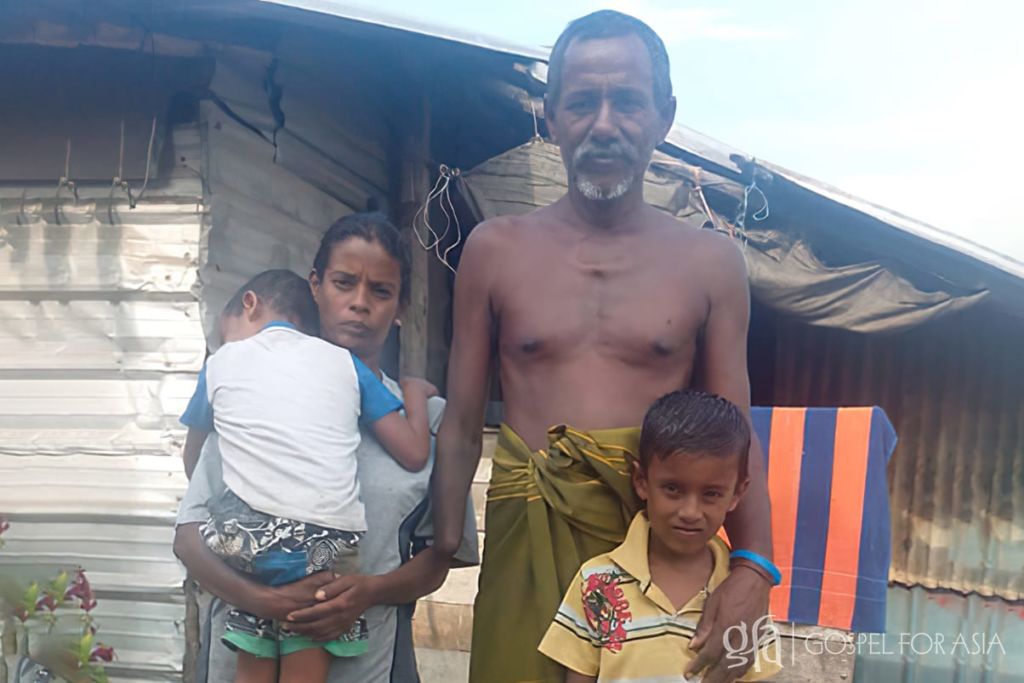 As a isolated lonely fisherman, it seemed life had little to offer Khanjana besides hard work and the derision of society. Khanjana adopted the worth others had assigned to him, which was diminutive. The rejection and isolation he and his family faced crushed his spirit. Khanjana wanted more for his two sons, but it seemed no one cared about, or even noticed, his family.

Khanjana possessed none of the values people in his society esteemed. He had no wealth; he was a lowly fisherman living in poverty. He had no formal education; he learned the fishing trade from his father. He had a physical disability; he had lost his right hand in a fishing accident.

As a result, the family was despised in the community, and no one came to visit their small hut. Even the leaders of Khanjana’s traditional religion kept their distance, choosing instead to visit the wealthier members of the community.

One day, as Khanjana walked from his home to the beach to begin fishing, he saw Gospel for Asia (GFA) pastor Hamraj talking with some of his neighbors. Khanjana expected the pastor to have the same reaction toward him as everyone else—rejection. But instead of turning the opposite direction, Pastor Hamraj came toward Khanjana and greeted him!