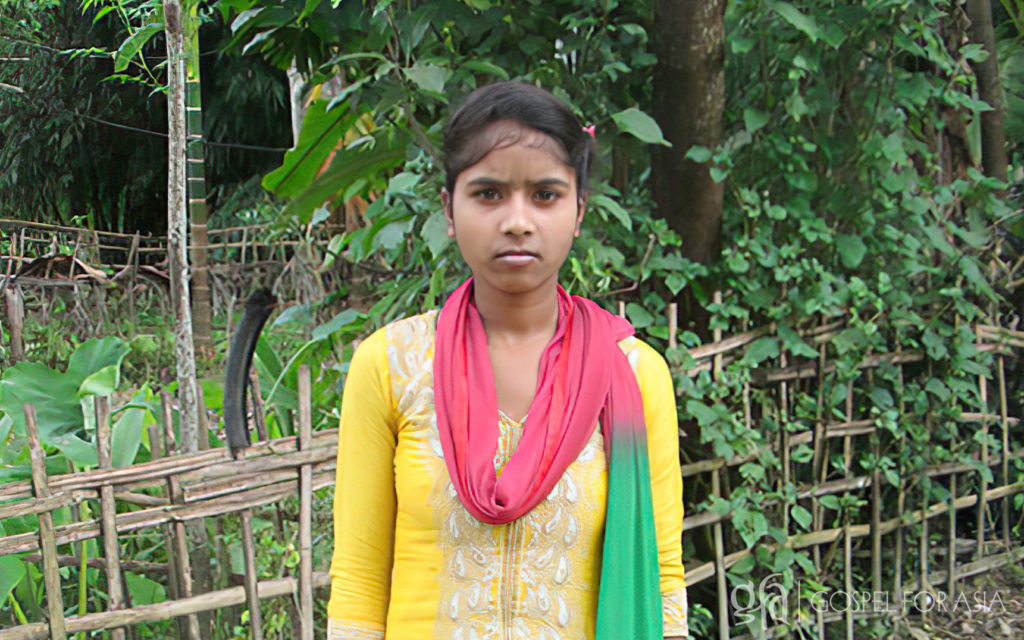 WILLS POINT, TX – Gospel for Asia (GFA) – Discussing Sabitha and the journey of her faith – from encountering Jesus, the trials that await those who call on His name, and the promised hope and answered fervent prayers for those who trust Him.

Sabitha, 16, burned with curiosity to hear more about Jesus. The truth that God loved her was almost impossible for the teenager to believe. A seed of faith sprouted in her heart.

Sabitha knew that Gospel for Asia-supported pastor Ajoy, who first told her about Jesus, held a prayer meeting every day at her friend’s house. She could go there to hear more about the God who became a man.

Once she began attending prayer meetings, Sabitha realized Jesus was the only path for her. She decided to follow Him wherever He might lead.

While attending worship services, Sabitha grew in her faith, and she learned to trust Jesus. Grateful to have a friend at the church, Sabitha watched her friend’s example of how to follow Jesus.

Then the bubble burst.

Sabitha’s parents found out she had begun worshiping Jesus. They became incensed at their daughter’s betrayal of their traditional gods. They heaped shame and abuse on her. In a fit of rage, they chased her out of the house…

Read what happened when troublemakers tried to halt the showing of a film about Jesus.

Gospel for Asia Unlocking the Door of Literacy