A Woman Freed Through Prayer 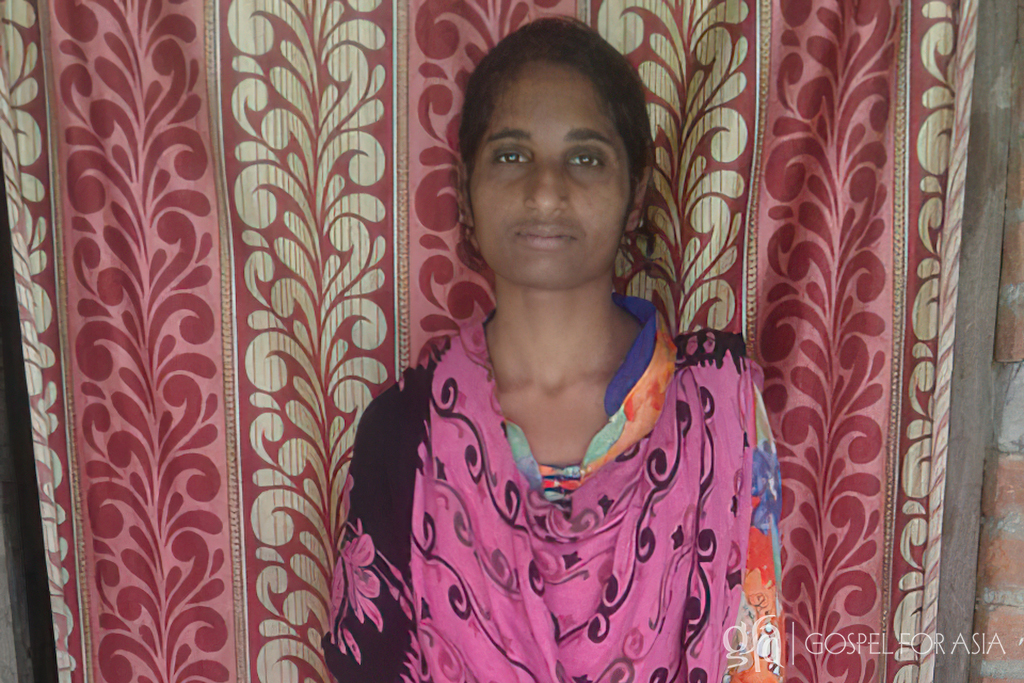 As the 18-year-old awakened from the depths of unconsciousness, several faces came into focus. She saw her parents, fear and hope flashing across their faces; she saw a Gospel for Asia (GFA) pastor and members of his congregation, their expressions etched with determination and faith. The young woman noticed she was lying on the ground; she wondered what had happened.

The Presence of Darkness

Pauravi had just suffered a spiritual attack. An evil spirit clung to the young woman, causing her to burst into sudden, uncontrollable shouting and dancing. The spirit first manifested itself when Pauravi was 15 years old. Each unpredictable bout left Pauravi drained of energy. Hindered by the spirit’s random attacks, Pauravi was forced to drop out of school because she could not concentrate on her studies. Pauravi’s parents shuttled her from priest to sorcerer, but nothing they did expelled the spirit.

One day, Pauravi’s father, Maalav, shared his troubles with a neighbor, Joydev, as they worked together in the field. Maalav and his wife had done all they could for Pauravi, but it seemed the spirit would haunt his daughter forever. The past three years of constant spiritual strife had frayed the family’s nerves and left them hopeless.

Joydev suggested Maalav and his family come to his house for an upcoming prayer meeting led by Gospel for Asia (GFA) pastor Rasik. If Maalav trusted in God, He would deliver his daughter, Joydev encouraged.