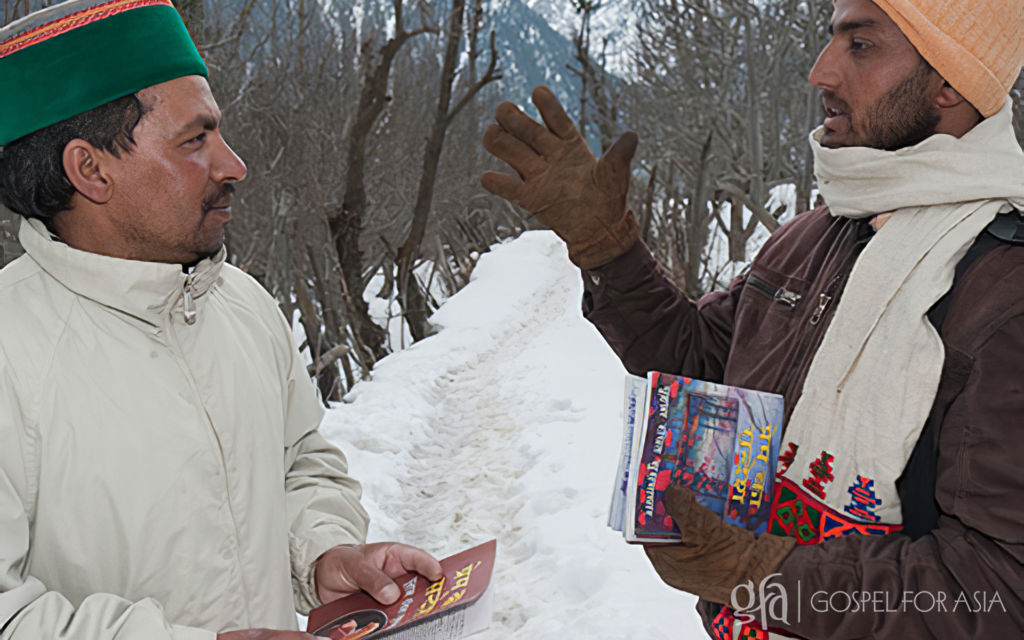 Sutram huddled in his home near their source of heat. Outside his house, freezing winter winds and frosty temperatures prevented the GFA-supported worker from ministering. Sutram earnestly desired to bring news of God’s love to those around him, but it was too cold to venture outdoors—much too cold.

Struggles from the Past

Sutram lived with his wife and two children in a mountainous region of Asia where he used to work as a coal miner. He came from a large family who had always been poor, and now he and his wife and children lived in poverty as well.

When Sutram came to know Christ while temporarily working in another country of Asia, he felt joy and passion in abundance. He returned home and joined a church led by GFA-supported pastor Purnendu. Sutram participated in every church activity with such enthusiasm that Pastor Purnendu encouraged Sutram to do ministry fulltime. Sutram readily agreed, and in 2018, Sutram began taking God’s love to communities around him as a GFA-supported worker.

Sutram threw himself wholeheartedly into his calling, actively venturing out to bring the love of God to those who likely had never heard of Jesus before. But a major hindrance to Sutram’s ministry soon became apparent: winter.

Support the faithful men and women who risk their lives in cold climates and also help bring winter coat and blankets to needy families across Asia today.