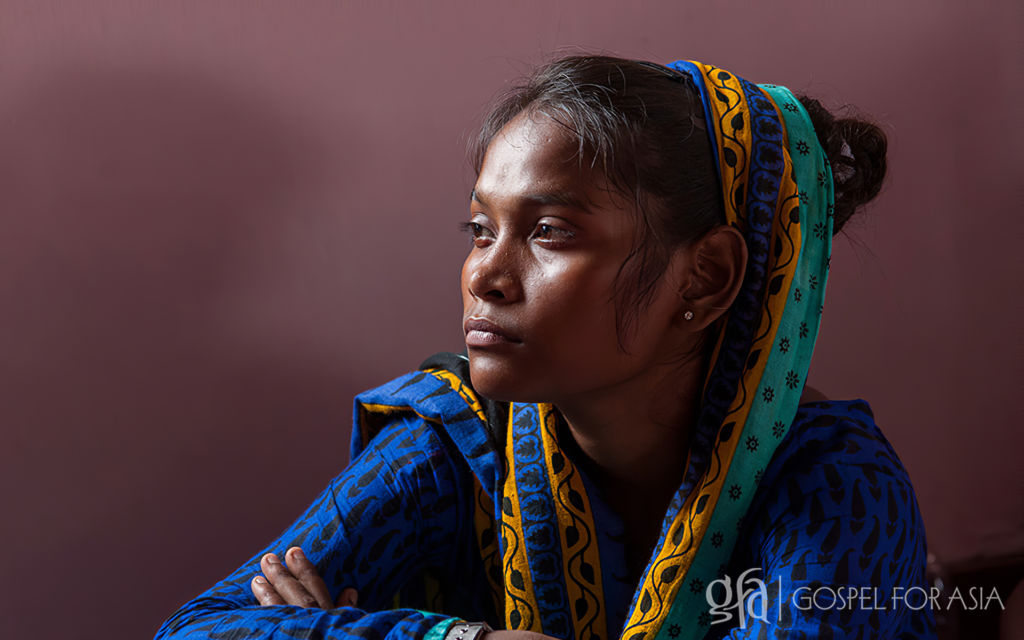 She learned about the God whose love is unconditional…

Rasa stood in shame in front of her parents listening to the angry, disappointed words falling from their lips. How could she, their eldest daughter, engage in a secret romance with a village boy and bring disgrace to their family?

Rasa’s parents forbade her to ever leave the house alone again. She had lost their trust—and, it seemed, their love.

Rasa’s home life had seemed good. Her family successfully farmed their land and lived a well-to-do lifestyle. She had completed 12 years of studies—something only one in three children accomplish in low- and middle-income countries —and enjoyed modern conveniences in her home, which many in her nation don’t have. But life became grim after her family discovered her undercover relationship. They continually scolded her, and her father even hit her.

Rasa’s parents took their daughter to a temple and performed a ceremony over her to try to break off her attraction to the young man. But Rasa’s young heart still longed for the boy. Hatred toward her built up within her family members, and Rasa withdrew into angry silence. Eventually, they locked her away in her room.

“I was left alone and did not get any love from anyone,” Rasa says.

Shame and rejection whirled within Rasa. One day, she attempted to end her life. Someone managed to save her, but Rasa did not want saving. She wanted relief. So later, she tried again—and was rescued again.

Gospel for Asia on One Woman's Faith Through the Fire